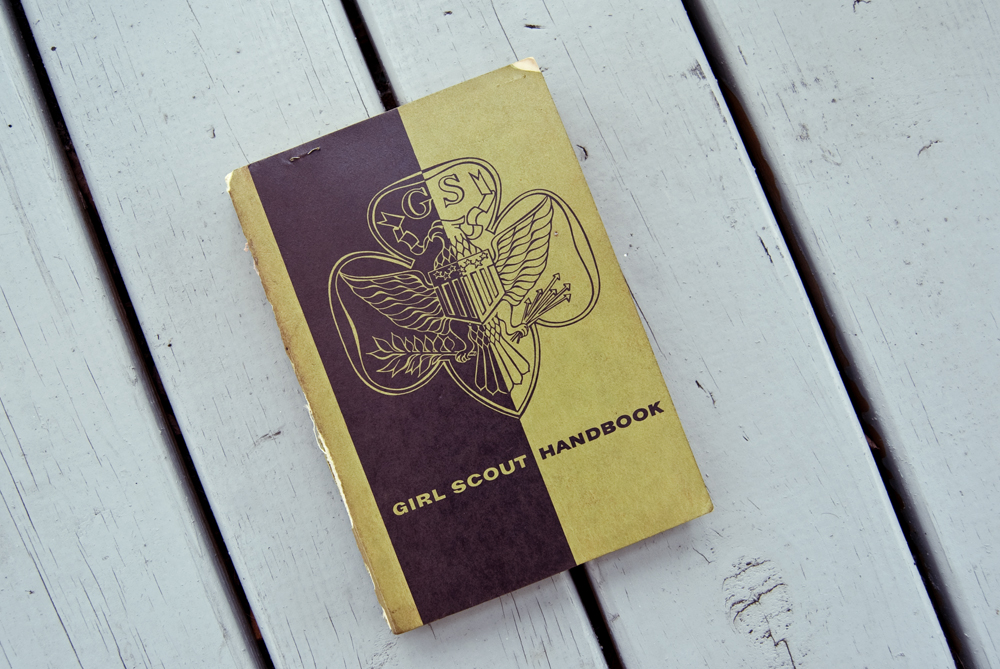 A few weeks ago I picked up this 1960-edition of the Girl Scout Handbook at an estate sale. I don’t own much ephemera—being in a constant war of thing-like vs. too-much-junk anxieties—but I loved the cover, the illustrations, and I really wanted to spend some time with the content. Not only is the separation of half a century intriguing, I’d always wanted to be a Girl Scout. I think it’s the badges.

Yesterday I looked at the credits page for the first time and was surprised to see the designer for the cover was Alvin Lustig. This particular edition was printed 5 years after Lustig passed away, but there’s still something magical about finding a piece by such a prominent designer, which was used and appreciated (?) by its original intended audience. 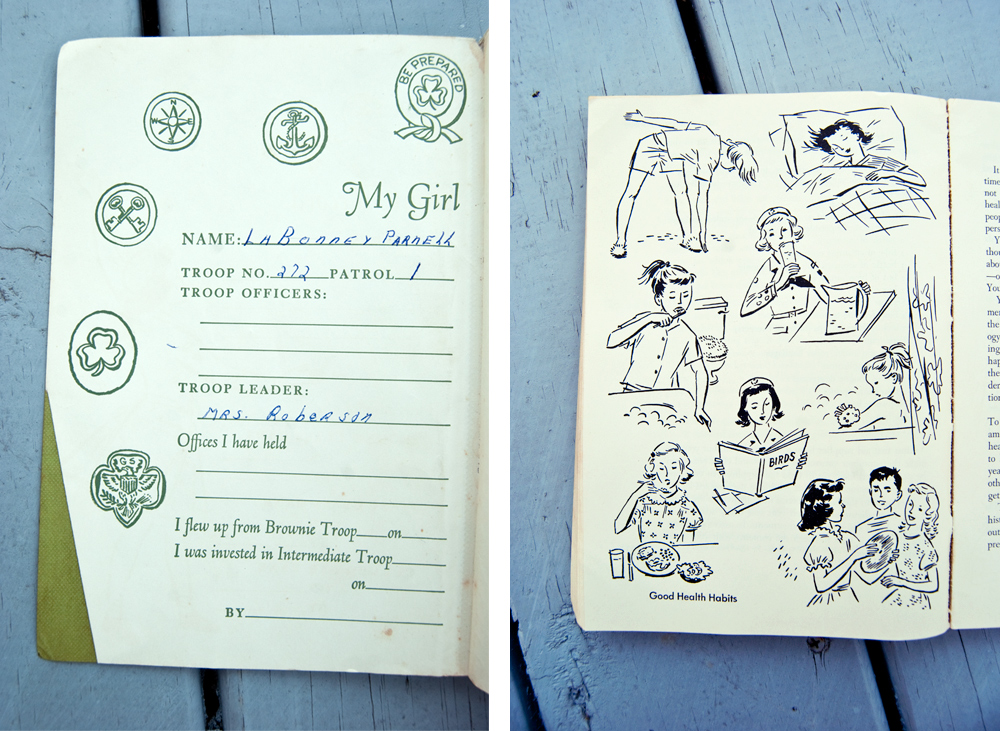 That original audience is a little girl named LaBonney Parnell, who gave herself near-perfect scores on all the good citizen quizzes. 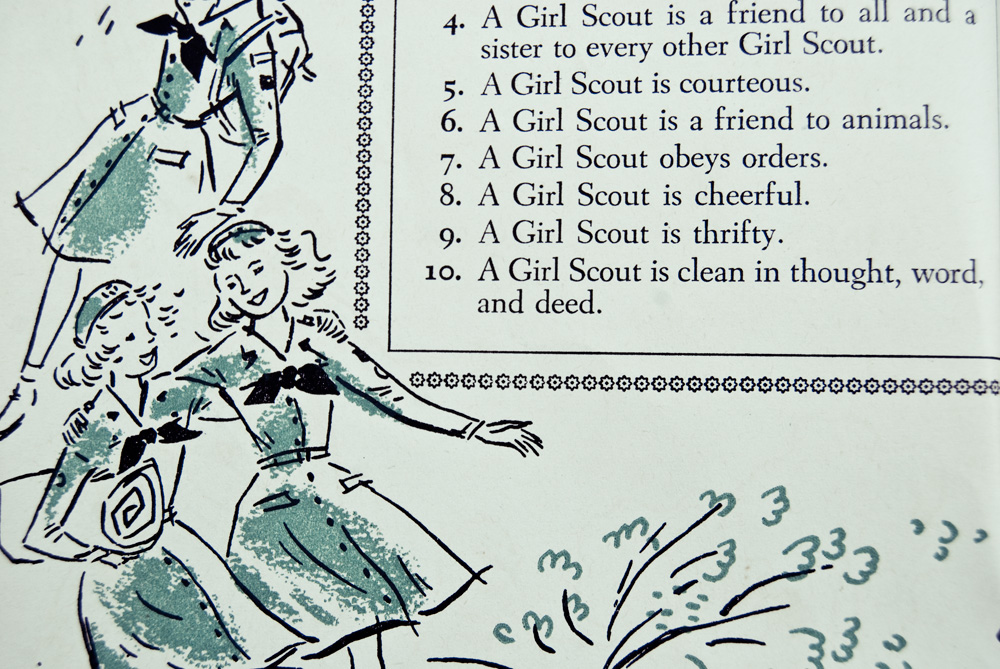 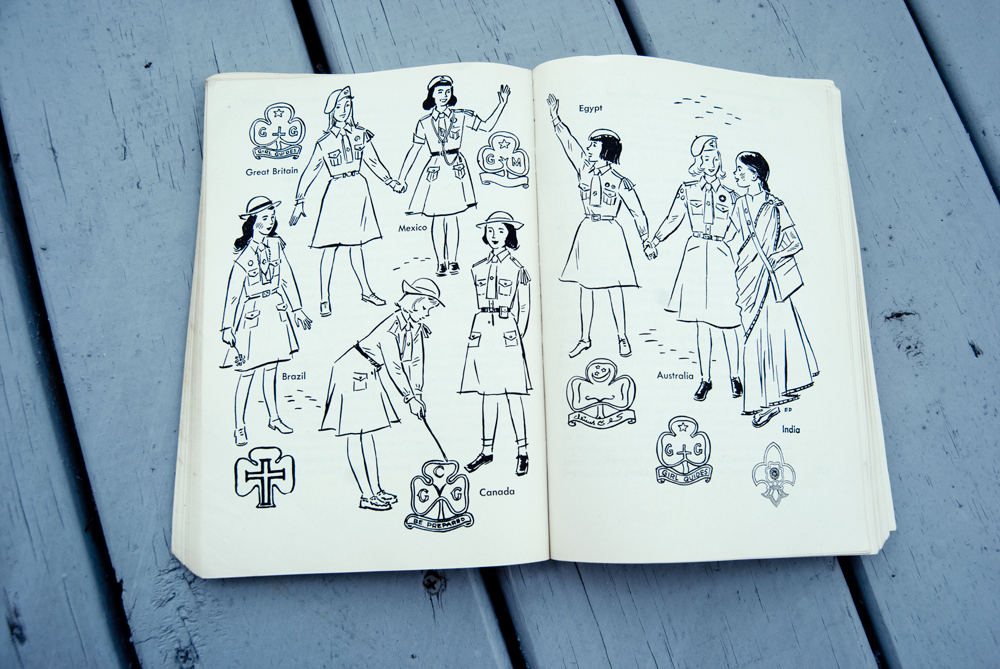 Appropriate, as the Olympics are upon us. 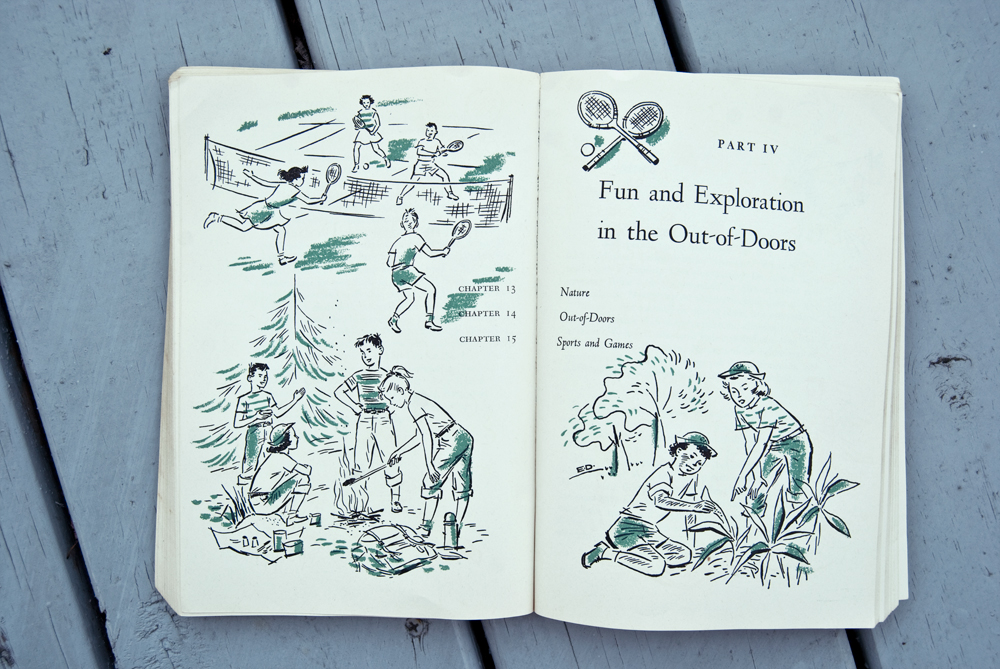 Illustrations are by Eleanor Dart and Alison Cummings, neither of whom I can find much on.

My blog uses Webmentions. Responses from sites which likewise support Webmentions, such as Twitter or people’s personal sites, will show up here.

No Webmentions have been sent to this post yet.